Of course you’re familiar with the TV sit-com Friends, it was one of the most popular television sit-coms of its time running for 10 seasons and since the final episode aired in 2004 the series has aired again and again with years and years of re-runs (which for a long time still pulled big viewer numbers). 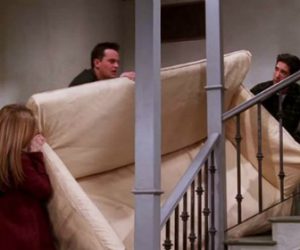 You’ve most definitely seen an episode or two, and now due to years of reruns I can safely say I’ve probably seen ever single episode and it’s no secret that I LOVE LOVE LOVE the program. I have those remember when moments, except they’re not actually moments from my life… they’re moments from friends. When I was 13, I gave up Speech and Drama classes on a Wednesday evening, simply because it clashed with Friends, obviously this one a time before On Demand viewing, streaming, downloading or straight forward recording of TV programs. If my mum ever asks, the story we’re going to stick to is… I just “got sick of Speech and Drama. It wasn’t fun anymore”.

I remember watching the final episode, crushed by the realisation that this was going to be the end of an era. It felt like I was losing old friends or giving up an integral part of my weekly routine, but the life advice, classic one-liners and absurd situations will forever stick with me. Aside from the obvious furniture moving tips and tidbits, and how to check for vital signs of life, the life lessons from the sitcoms are plenty.

Lesson 1: The dating game is complicated, and awkward. 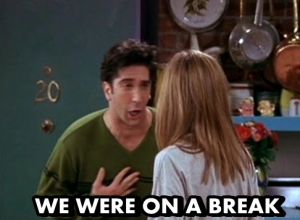 Thanks to Ross and his severe awkwardness I’ve approached several specific aspects of personal presentation with great trepidation … teeth whitening, leather pants and fake tans. Normal things. Thanks to Ross, my mind can now easily leap to the worse case scenario…. extra white teeth, being trapped in said leather pants and a tan that’s a frightening shade of orange.

Of course, since the whole Ross and Rachael ‘we were on a break‘ debacle, it’s safe to say people everywhere have tried to eliminate any ambiguity in relationships. Like many great mistakes of past, Hitler’s moustache, the first name Adolf and the grey area of being “on a break” … there are some things that nobody, anywhere has ever repeated.

Lesson 2: Remember those you may have screwed over or bullied. It will come back to bite. 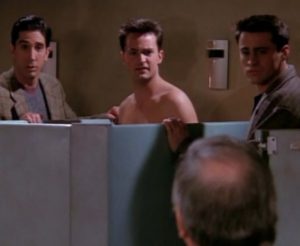 Years ago my mind would occasionally wander and leave me imagining ways to exact revenge on high school bullies and mean boys. I’d imagine moments much like when Susie Moss a.k.a Susie Underpants really stuck it to Chandler. I’d imagine sucking them in with a clever ruse and then when the moment is right BAM! I reveal my sweet revenge.

Not the most Zen lesson, but the lessons is still clear …always be aware the person you pick on today could very well be the person you desire tomorrow; Like Chandler and the girl he picked on at school (who eventually got her own back) karma has a weird way of screwing with you. 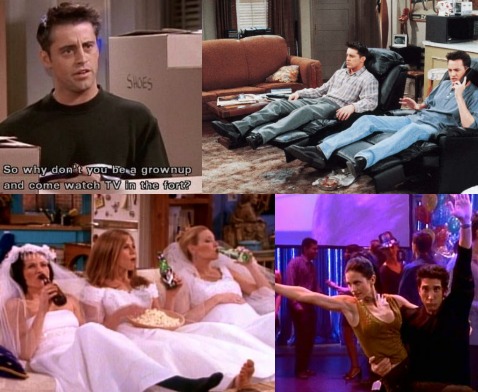 I’m a firm believer in silly fun, when I turned 30 I wanted to dance in a fountain like in the Friends opening credits… but the fountain wasn’t on. Too often in life we take things far too seriously and deprive ourselves of simple joys, we worry about Instagram worthy shots and creating content that nobody cares about rather than indulging our inner child.

How much fun does making a box fort sound right now?! How great does sitting about in fancy dresses drink beer and popcorn sound?!

There’s no need to take yourself too seriously… it’s good to with the theory “if it feels good, do it” every now and then. 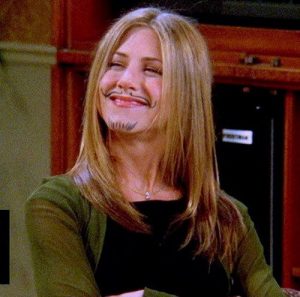 On my final day as a high school student a friend decided writing on her face with permanent marker was a good idea… needless to say she changed her mind when it required using Jif (the abrasive kitchen cleaning product) on her face in order to look presentable for Senior Prize Giving. In saying that, I still it’s hilarious and can say without a shadow of a doubt that I would definitely draw whiskers on someone given the opportunity.

Lesson 5: When writing letters, keep it short and succinct 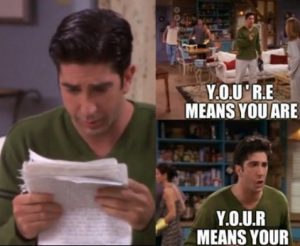 When pouring your heart out in a letter, the general idea is to maintain reader interest, you definitely don’t want your audience nodding off mid way through.  The infamous “We were on break” debacle highlights good letter writing practice and grammar essentials.

I’m not quite the grammar police, I make typos and occasionally I don’t even proof read … but ever since Ross nodded off reading Rachael’s looooong letter. “Eight pages, FRONT AND BACK” I’ve been concisions of trying to keep things brief and succinct.

I’ve also been forever reminded that ” Y.O.U apostrophe R.E means you are..“and also should I ever need to write someone an emotional post break-up letter, I now know it’s best to keep short and sweet in order to hold the readers attention.

Lesson 6: Boys…. Underwear is your friend. 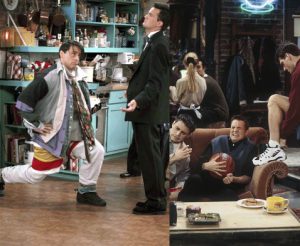 Lesson 7: Take the time to consider wisely which pets you get 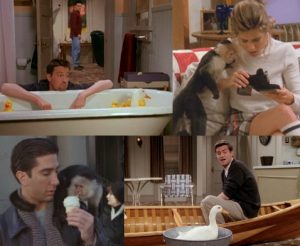 It’s no secret I would really like more pets… I’m thinking a goat, a raccoon if I can, a monkey, maybe a fox and definitely another dog or two. We had pet ducks as kids growing up in the middle of Hamilton, so I can cross that off the pet bucket list. Actually we also had a goat growing up, but that’s besides the point.

As Marcel the monkey, duck and chick (who I’m pretty sure had no actual names) got older it become surprisingly apparent that they’re not really apartment dwell pets, nevertheless, they were pretty darn entertaining. 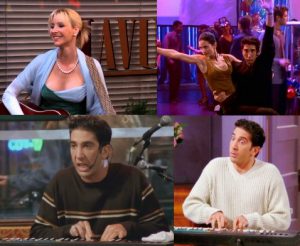 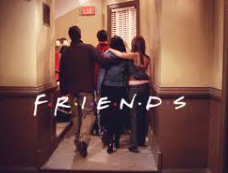 Never has a dog meme been so wise. #solidlifeadv

Every Christmas since I was 15 I’ve got this sam

I don’t need stuff or things this Christmas! Ser

Remember concerts? Let’s get back to having even

Sometimes I win at gardening!!

Went ‘out’ for dinner to Orere Point… from h

My new go to!! I’m feeling anxious today, and kn

Not going to lie, I love a good motivational … a