Some Of The People I’ve Met

I’ve come across some weird and wonderful people over the years. So much so, I often wonder if my life isn’t really just a Truman Show style experiment. I’ve come across far too many characters for it to be a random coincidence and often imagine that somewhere out there, two TV producers are high-fiving one another for a job well done. Perhaps I’m just a magnet for colourful characters, or maybe all these  colourful characters, wonderfully whacky and brilliantly bold people are simply meant to be fodder for great blog content.

When I left home at 17, I picked the furthest point from my home town to relocate to, the aim was to be as far from home as possible yet still be in the same country. So naturally I ended up in Invercargill, having never been to the South Island before. From the moment I stepped off the train in my Waikato rugby jersey, I basically flew solo into a Wizard of Oz style tornado full also sorts of different people. I clearly wasn’t in Kansas anymore.

I’m not sure where or how I first encountered Dave*, he kind of just appeared from nowhere and then continued to appear on a regular basis. Luckily for me, Dave worked at a cleverly named Thai restaurant, and while he’d randomly appear on a fairly regular basis… he almost always appeared with food, and being a poor student miles from home, this was super handy.

Dave was student like me, although I have no idea what he was studying or when he actually went to class. All I know for certain is that he wasn’t studying science, which made his semi regular sales pitch even less convincing. You see, Dave had a wee grass habit, which meant every now and then for a bit of extra cash he would try and sell me his “million dollar” scientific theory. Remember now, Dave wasn’t a science student, he was a Thai restaurant waiter with a “theory” jotted on a napkin. What I loved though, was his passion, for someone with little knowledge he was very  upbeat and passionate about his theory.

You almost have to admire someone who’s passionate about an idea they’ve had, in a field they know nothing about. I feel like there’s a life lesson somewhere in that.

When I moved to Invercargill I knew nobody, but that was the general idea. At 17 years old, after years living in the same city going to school with the same kids, I felt a little like reinventing myself. 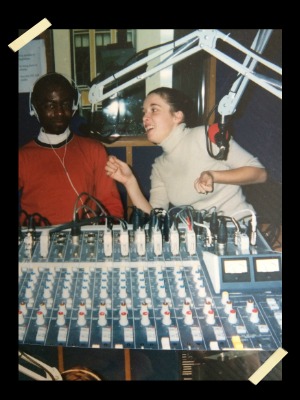 Arriving in New Zealand 4 years prior, Francios was a Rwandan refugee, he made the journey from Auckland down to Invercargill to study journalism just like me. For Francois journalism had a far more powerful and poignant purpose, I didn’t know or understand living in a war ravaged country or having to flee my home and I certainly didn’t know or understand what it was like to lose a family member amidst such a violence. Francois fled Rwanda during the 1994 genocide, something my brain can barely wrap itself around.

If you’ve seen the movie Hotel Rwanda then you won’t struggle to conjure up a mental image of what happened. If you’ve never seen then movie… then do.

We’d often wave to one another while standing in our kitchens, me standing in my flat and Francios standing in his. We were neighbours living just a few doors from the polytechnic and class mates too. What made Francios so remarkable was that even miles away from his wife and son, in a country he’d been in only 4 years he still took the time to think of others. If I missed classed because I was sick, Francios would knock on my door to check I was okay, and without fail would always say good morning.

At the time of the genocide, he’d recently returned from the Republic of Congo and was staying with his brother before starting at the local university. Fluent in French, English and over five African dialects, Francois had scored a job working as a translator and assistant for a doctor with the Red Cross. While out one evening at celebratory dinner with his employer (the eve before starting his job) Rwandan President Uvenal Habyarumana was killed after his plane was shot down…that changed everything, and Francois never started his new job and never again saw his brother.

After 48 hours of no government and complete chaos the killings started. Political leaders and people  of power were killed almost immediately, entire families were killed at time and women were systematically and viciously raped.

People were brutally killed in their homes, and at roadblocks while trying to flee. In the weeks following, almost 800,000 men, women and children perished in the Rwandan genocide.

Initial during the outbreak Francois hid at his new employers place for several days, and was then evacuated to a hotel, where he helped tend to the wounded. As the days wore on, and governments started evacuating ex-patriots, it became clear that there were few places for a Rwandan to go, and Francois faced the prospect of being killed. Using his Congolese student ID and ability to speak the Congo dialect, Francois, at the suggestion of another Red Cross staff member, pretended to be Congolese and was evacuated to the Congo.

A year or so later, while working as a interpreter at a Rwandan refugee camp, Francois learned his brothers had been killed. From the Congo to Invercargill was still quite journey for Francois, as the situation at the camps became more dangerous due increasing violent attacks, Francois was forced to flee… this time to Kenya.

Once in Kenya, the UN recommended Francois to the New Zealand Government for refugee status.

All I did was jump on a plane and train… and I could always go home. 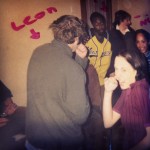