Humans of New York has morphed into some kind of global movement, there are books, other versions by other people, a website and series done by the original creator in other locations. Humans of New York is a thing. I’d be surprised if you hadn’t already heard of Humans Of New York, it’s a combination of beautiful photography and brilliant storytelling. It’s one of the few blogs that has transformed into a movement, and become a personal addiction of mine. I’m totally engrossed in the site and it’s various social media posts, it’s focus on people is truly heart warming and it’s a brilliant motivator behind seeing people for more than they appear. It’s a positive reminder that everybody has their own story, their own battle and their own stuff going on.

What’s great about this blog is that it’s evolved but the original idea hasn’t been watered down, to date Humans Of New York has featured a series of posts from over 20 different countries and presented several unique series like Refugee Stories, Syrian Americans, Inmate Stories, Paediatric Cancer and Invisible Wounds a piece on war veterans in the U.S. Human of New York has gone on a UN World Tour, stepping outside of NYC and into areas like the Democratic Republic of Congo, Jordan and  Iraq. This gorgeous collection of photos will make you smile as you realise kids all over the world are the same (even if their community is war torn and struggling) and will make you cry as you realise how wickedly unfair the world can be. 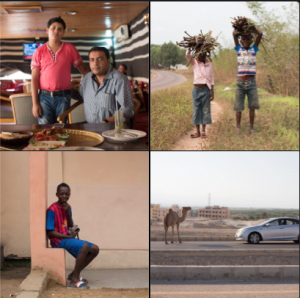 Humans Of New York has been featured EVERYWHERE… and after I’ve written about this I’m unsure what great internet find will top this, this feels like the pinnacle! You don’t need to regularly follow the blog in order to keep up, you can pop back any day and know what’s going on.

In 2010 creator Brandon decided on a new path after losing his trading job in the financial markets, he decided to move from Georgia to New York to take portraits of strangers on the street, a complete turn-around from what he’d been doing previously. Brandon’s blog now provides people throughout the world a glimpse into the lives of strangers, reminds us of those fellow human beings in war torn lands and provides all of us with that much need sense of reality.

“Humans of New York began as a photography project in 2010.  The initial goal was to photograph 10,000 New Yorkers on the street, and create an exhaustive catalogue of the city’s inhabitants.”

I seriously can’t rave about this blog enough, the Humans Of New York website is brilliant and comes across as a form of poetry in terms of it’s fluidity … it’s not ridged or forced. It’s not phoney or fake. It’s real and it’s beautiful. It reminds us that we’re all human, and in ways we’re all a little bit the same. 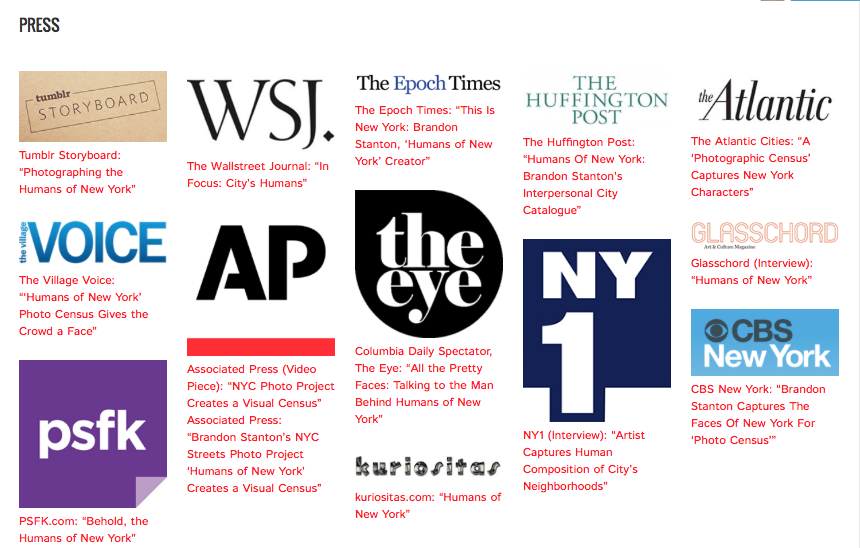 As cheesy as it sounds Humans Of New York highlights both the true beauty and total anguish of life, although not one person pictured is beaten down by life. Brandon is “very sensitive about getting jaded” and says he photographs everything that makes him happy. Perhaps we should all try the same… perhaps a similar project could be used to minimise bullying New Zealand schools? Highlight the issue of mental illness in our society? Or simply bring to light that we should remember we’re all humans.

*shaking you by the shoulders* YOU MUST CHECK OUT THIS SITE! It’s brilliant.

I specifically made time for this… and I’m gla

USE IT! OR LOSE IT! I let lockdown and self impo

Flagging resolutions in favour of giving the peopl

I’d rather be camping…

Needed this… campground coffee and a good book.

Road trippin’ … it’s what we do at Christmas

Final escaped Auckland! And found myself some stre