It’s almost everywhere you look, Fit-Inspiration, or Fitspo. It’s that barrage of motivational memes with that slightly nastiness about them, it’s those ‘miracle‘ shakes, wonder pills, apps for tracking calories, detox teas and so-called ‘influencers‘ showing us how wonderful life could be if we were disciplined, dedicated and toned.

If you’re happy and comfortable in your own skin, then possibly all this fitspo just washes over you. However for some it’s a little more damaging, and can feel like yet another reminder that you’re just not good enough and yet another edition to your to-do list.

While there are few contemporary studies into the negative effects of Fitspo, previous research does suggest that an over exposure to fitness related images can be detrimental, particularly to women. 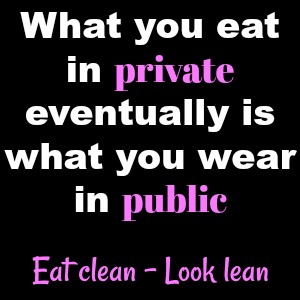 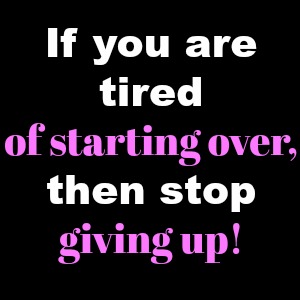 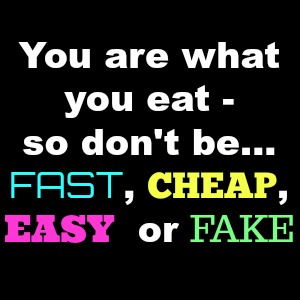 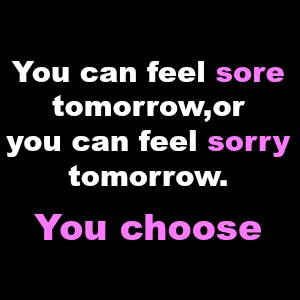 Fitspo started out as an online phenomenon, spurred on by Facebook, Pinterest and Instagram but morphed to include things like apps and television shows; helping to create multi-millionaires out of entrepreneurs like Kayla Itsines with her Bikini Body Guide workout app. Nowadays, however, the world almost seems to be full of superfood focused, raw juice obsessed, turmeric crazed, workout junkies, Paleo pedantic, health and wellness diehards. Me on the other hand, I try to eat well and exercise but won’t feel guilty for having the odd little treat… I do need work the frequency of said treats but that’s a whole different issue.

Kayla Itsines admits that she prefers to work out after 2 proper meals at around 2pm, but this isn’t really an option for most people, most people are at work around 2pm. While I’m envious of Kayla’s figure, matching workout gear and bright white sneakers it pays to remember Kayla leads an abnormal lifestyle, she literally lives and breathes a strict exercise and nutrition regime, making money by working out, eating healthy, and posting pictures on social media. Obviously, the average woman doesn’t have this luxury, I have a job and I definitely don’t get paid to exercise. 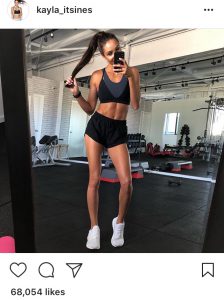 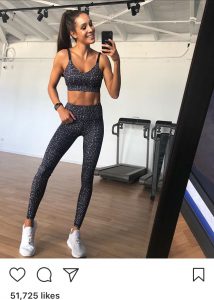 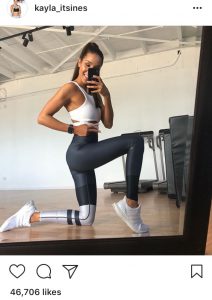 Professor of psychology, at the University of Kentucky Christia Spears Brown¹, is concerned that social media use, with its “emphasis on evaluating how people look” is shaping how teens feel about their own bodies. “Specifically, for adolescents who are particularly focused on others for approval, and for girls who are already facing societal pressures to have an ideal body. Spending a lot of time on social media taking and posting selfies is associated with thinking about their bodies more frequently and thinking more negatively about their bodies,” Brown said.

Remember when everyone was up in arms about the imagery and messaging used in advertising and on magazine covers? Labelling it as damaging, misleading and unethical. Fitspo and its co-conspirators Facebook and Instagram are the 2018 equivalent of advertising and magazines, but instead of being produced and published by external advertisers and media companies, its curated and created by us, the people we ‘follow‘ and brands who see the ‘value’ in working with  ‘influencers‘.

In terms of those traditional forms of media, research shows that exposure to fitness-related images can be detrimental, particularly for women. After only 30 minutes of viewing fitness magazines promoting the athletic ideal, women reported an increased negative mood, depression, and anxiety.²

Social media platforms allow us to earn approval for our appearance and compare ourselves to others easily. For some, what starts as a way to document and share experiences can turn into an obsession, driven by a desire to receive compliments and likes. 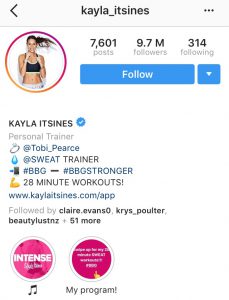 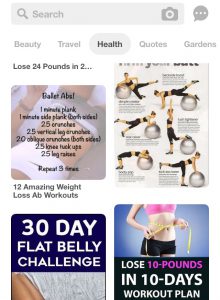 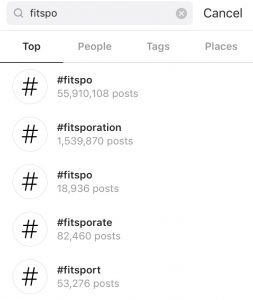 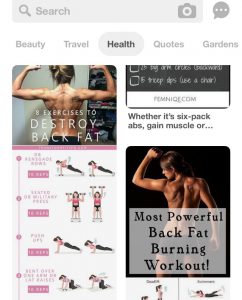 Of course there are positives, those that are motivated to make healthy changes to their diet and exercise regime and those that can appreciate someone else’s dedication and hardworking without out feeling guilty for not doing the same. Maybe it’s an age thing, or maturity issue or perhaps a self confidence thing that determines whether or not you find Fitspo a touch overwhelming.

Ultimately the question is, is Fitspo fuelling the desire to change in positive way, or is pushing us into feeling we’re not good enough?

Have we become a little too obsessed? Being healthy and active is great, but obsessively worry, counting and comparing is far from healthy.  Understanding you only get out what you put in terms of effort is one thing, but it seems like a lot of people are signing themselves up for intense all-consuming regimes. Don’t get me wrong, I go to the gym and I’ve been to a nutritionist but I’ve tried really hard to avoid becoming diet obsessed.

Sometimes it feels a little like everyone is mincing about in their activewear, taking gym selfies and feeling wickedly guilty for eating a packet of potato chips.

It’s all well and good to be a healthy and fitness diehard, if that’s what rocks your boat but please don’t let it steal the moments in life that you truly enjoy.

I believe that ‘Fitspo‘ in many cases is changing the internal conversation we have with ourselves about our bodies, and in turn effecting how we see our lives and place in society? We’re placing more and more emphasis on our size, and how others perceive us. We’re thriving on attention and compliments while forgetting that people come in different shapes and sizes, and perhaps some people are just blessed genetically.

¹ “What a new study reveals about selfies and teenage body image” – Lindsey Piercy, University of Kentucky published May 30 2018 on https://phys.org/news/2018-05-reveals-selfies-teenage-body-image.html
² “Why the ‘fitspo’ movement is damaging to women” – Elise Holland, The Conversation, published 15 July 2016 on https://theconversation.com/why-the-fitspo-movement-is-damaging-to-women-60453
³ “The Problem with Fitspo” – by Anna, published January 9 2014 on http://brasandbodyimage.com/2014/01/09/the-problem-with-fitspo/#