Danielle · October 24, 2019 · Banter · 0 comments
0
I love a good TED Talk, there’s something almost magical about finding one that feels like it’s speaking solely to you and no one else. Often in life, I feel like a creative genius with no form of creative outlet traditional artistic talent, I have so much buzzing around in my head in terms of ideas, thoughts, day-dreams and goals that I feel almost worn out and lost. I find TED Talks to be a great source of calm and a great way to reignite purpose. While searching for creative inspiration a few months back, I stumbled across a TED Talk by Elizabeth Gilbert… and had an ah-ha! moment.
You possibly don’t know who Elizabeth Gilbert is, don’t worry I didn’t either at first to be honest. Elizabeth Gilbert is the best-selling author of Eat, Pray, Love as well as six other books. I’d certainly heard of her work, and was intrigued about what a big time author would have to share, and I was especially intrigued after she mentioned people now treating her like she was “doomed“… and the pressure to create another best-seller. 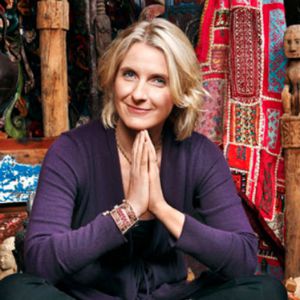 I’ve never written a best-seller, or even a slow seller for that matter, but initially when I started blogging four or so year ago there were back-pats, hugs, and virtual high fives; friends would send gushing feedback and people were proud as I tackled anxiety and depression via writing. But things have changed and the blog has changed and I’ve changed…

After introducing herself, she throws out the idea …

Fuck! What if that was the case?

Like Elizabeth, I once upon a time told people I wanted to be an author or columnist only to be told “you have to be really good to make any kind of living from being a writer“. I personally took that to mean I wasn’t any good, so my anxieties and I simply packed that idea into a wee box, shelved it, and moved on. For a long time I didn’t write, or I wrote fleetingly, or I wrote in secret just for me … but it was never enough to truly satisfy and never long enough to be much of anything. I was holding myself back, just in case I failed.

Elizabeth touches on the association between creatives and alcoholic manic-depressives, and she’s right, across all kinds of creative genres over many centuries there is a history of mental instability. Realising her best and most noteworthy work may in fact be behind her, Elizabeth researched and devised a plan to create a safe distance between her creativity and writing and her natural anxiety.

The notion surrounding creativity and artists held by Ancient Greece and Roman was one I could get behind, they believed that an artist had within themselves a spirit that helped their work – called a daemon or a ‘genius’. This idea protected the artist from criticism and narcissism – it wasn’t their creation so to speak, and therefore they could not take all the credit or all the blame. A handy way around things.

However, it was during the Renaissance period that the language around creativity and artists morphed, so that instead of possessing a genius the artist was a genius – making them almost responsible or accountable to their critics. Being a ‘genius’ rather than having ‘genius‘ led to what being an artist or creative has become today, a distortion of ego, magnified anxiety and unmanageable expectations and potentially what has been leading huge numbers of artists, musicians, writers and actors to become depressed.

Elizabeth encourages us to treat creativity as an unpredictable, impulsive entity, separate from ourselves as an individual person, and that we the artist shouldn’t feel distressed when we’re feeling temporarily uninspired. Sharing a story about the creative ups and downs of musician Tom Waits , she shows us a new way of approaching the creative process.<

I love Elizabeth’s idea of dissociating an artist from their work, a frustrated and tormented soul is unlikely to keep producing creatively. Elizabeth speaks candidly and convincingly, peppering her talk with relatable and helpful anecdotes and wonderful metaphors means it’s  digestible, interesting and easy  to watch.

But what I actually love most of all is that she admitted an illogical fear of seaweed… I love hearing about other people’s illogical fears. I myself am not fond of chickens and their foul (not a typo) friends: geese, swans, roosters and ducks and I’m not overly keen on miniature horses. Anyone who is a successful creative, and willing to tell everyone their illogical fears is OK by me.Make sure watch Elizabeth’s talk right through to the end, even if you watch it in chunks.
For those who don’t know the brilliance …. Click to see Tom Waits and Leonard Cohen
Facebook   Pinterest   Twitter   Google+
Eat Pray LoveElizabeth GilbertTED Talk